Policy and Regulation: Prerequisites towards Resilient Community Networks in Africa 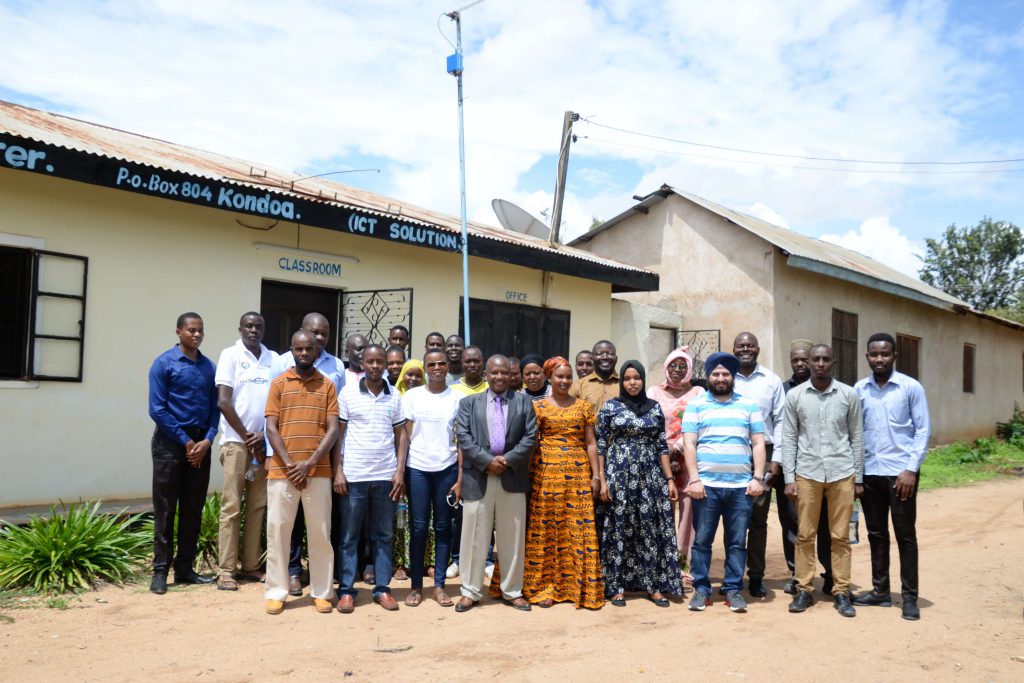 While more than half of the global population has access to the Internet, still there is a large digital divide in terms of Internet access among the regions. According to the recent International Telecommunication Union (ITU, 2019) statistics, the percentage of Individuals using Internet is 82.5% (in Europe), 77.2% (the American), 72.2% (the Commonwealth of Independent States (CIS)), 51.6% (Arab States), 48.4% (Asia & Pacific), and only 28.2% (Africa). From the above statistics, it is clearly shown that Europe is the region with the highest Internet usage rates, whereas Africa, the region with the lowest Internet usage rates. In this blog post, we present a summary of the recent AfriNIC-31 summit and later call for policies and regulations towards resilient community networks in Africa from various stakeholders.

African Network Information Centre (AfriNIC) is the Regional Internet Registry (RIR) for Africa and the Indian Ocean Region. It is responsible for the distribution and management of Internet Protocol (IP), i.e., IPv4, IPv6 address, and an Autonomous System Number (ASN) in Africa. AfriNIC ensures equitable and efficient distribution of Internet Number Resources (INR) to the African Internet Community to support Internet technology usage and development across the continent. AfriNIC vision is to be the leading force in growing the Internet for Africa’s sustainable development.

AfriNIC-31 was organized by AfriNIC in collaboration with the Ministry of Telecommunication and Information Technology (MTTI) and the Association of Internet Service Providers in Angola (AAPSI) at Talatona Convention Hotel Luanda, from 2nd – 6th December 2019. The meeting provided a unique opportunity for Internet-related individuals and organizations to gather and discuss the policies governing the distribution of INR, share technical knowledge, and attend workshops, seminars, and tutorials. It was the 6th Regional Policy Forum to be held in the Southern African Development Community (SADC) region, with Maputo, Durban, Dar es Salaam, Lusaka, and Gaborone having played past hosts. AfriNIC holds two open public policy meetings annually in different countries and provides an excellent opportunity for Internet stakeholders to share knowledge and network within the Africa ICT community. ICANN, dotAfrica, Internet Society, Angola Telecom, Facebook, amongst others, were the sponsors of the AfriNIC-31 summit.

Monday, 02nd December 2019, was the first day of the AfriNIC-31; several workshops took place, key among them is the Incident Response Workshop & CSIRT by AfricaCERT. The day saw two-panel discussions on cyber security and data protection, as well as the role of governments in Africa’s digital economic transformation. Day one concluded with a cocktail event hosted by AfriNIC sponsors, giving summit participants the chance to unwind and network with their peers.

Tuesday, 03rd December 2019, was the official summit’s opening ceremony. In his debut, AfriNIC’s new CEO, Dr. Eddy Kayihura, presented the milestone the Regional Internet Registry (RIR) had achieved in the past 15 years of its founding. Eddy emphasizes the need to connect the African region to the rest of the world through an affordable and reliable Internet. Further, Kayihura paid tribute to Internet pioneers such as Dr. Nii Quaynor (Ghana), and Ms. Maimouna Diop. He added that they, together with other notable elders, had played a vital role in AfriNIC’s founding. Eddy acknowledged the contribution of his predecessors (AfriNIC CEOs) had made. He congratulated Dr. Adiel Akplogan, AfriNIC’s founding CEO for having been inducted in the Internet Hall of Fame, and Alain Aina for being feted with the Jon Postel 2019 community service Award.

In his keynote speech, Hon. Jose Carvalho da Rocha, the Minister for Telecommunications and Information Technologies, welcomed the delegates on behalf of the Angolan Government, urging them to feel at home. Jose mentioned that it was a great honor for Angola as a country to host such an auspicious event. Carvalho then highlighted his government’s commitment to Internet development, pointing out that Multi-stakeholderism as a model was a pivotal aspect of fostering Internet development in the region. Tuesday wound up with a welcome cocktail for the event participants.

Wednesday, 04th December 2019, was the third day of the summit and “AFRINIC day,” was exclusively dedicated to updates from AFRINIC’s various departments, ranging from membership, number resource allocation, research, and recap of 10 years milestones, and last but not least, open Policy Development Process (PDP) updates. The policy updates discussions would roll over to Thursday, day 4, a day that also saw summit participants get treated to a gala dinner sponsored by Internet Technologies Angola (ITA).

Friday 6th December 2019, was the climax of the summit, with the AfriNIC Board Community Engagement session being the highlight of the day. With the forthcoming AIS ’20 meeting scheduled to take place in Kinshasa, Democratic Republic of Congo (DRC), as from 31st May – 14th June 2020, relevant information regarding the host country, ranging from visa requirements, was shared to the summit delegates.

The idea to established an Internet Registry for Africa was raised by several early Internet adopters in Africa; during an INET workshop in Malaysia in the year 1997, a steering committee was set up to work on AfriNIC’s structure and business plan. In 2001, the steering committee recommended the appointment of an initial Board of Trustees based on sub-regional representation. Dr. Nii Quaynor chaired the first AfriNIC board with the mission to formalize the organization and work towards its accreditation as a Regional Internet Registry (RIR). The year 2019 marks 22 years since the first idea and marks 15 years since AfriNIC was incorporated in Mauritius.

While AfriNIC has achieved a lot, yet still a lot needs to be pushed under the AfriNIC umbrella to address the current digital divide in Africa. One of such push is the resource reservation policy for community networks in Africa. In recent years, community networks and community-based telecommunications networks have emerged as a feasible alternative solution to connect the unconnected population in Africa and beyond. It offers a chance for rural and underserved communities to design, operate, and maintain full-fledged network facilities delivering affordable communication in these areas. Among other reasons for a significant digital divide is because commercial and mobile network operators do not see values to invest in areas where the return on investment is not realized within a short period.

If supported with the required policies and regulations, then community networks sound to be the only feasible and stable approach to address many raised challenges. These challenges include addressing issues related to lack of affordable back-hauling solutions, high broadband cost, high co-location fees, lack of local content, and digital illiterate, which both contribute to the digital divide in Africa.

The call for policies and regulations for resilient community networks also goes to; United Nations and its Member States, International Telecommunication Union, African Union, and its Member State, National and International Regulatory bodies, Universal Service and Access Funds, Public and Private Organizations working in the ICT industry to mention a few. Community Network and Community-based telecommunication networks are no more extended pilot solution rather stable and trusted solutions to deliver affordable communications services in Africa.

In 28th October to 2nd November 2019, the University of Dodoma and Kondoa Community Network in collaboration with Internet Society (ISOC) an the Association for Progressive Communications (APC) hosted the fourth summit on community networks in Africa that brought together 24 community networks and over 134 participants from 19 countries attended the summit. These countries are Argentina, Cameroon, Canada, DRC, Ethiopia, Kenya, Liberia, Malawi, Namibia, Nigeria, South Africa, Spain, Tanzania, Uganda, UK, USA, Zimbabwe, France, and German.

Disclaimer: Views expressed here are solely those gathered by the author(s) and should not necessarily be construed to be those of any of organs or neither agencies nor any other organization (s) mentioned or discussed. This article is released under cc-by-sa 4.0 International license, and translation into other languages is encouraged. For more information, please contact the author(s) and or tzCNA.